My doctoral dissertation, Rule by Association: Japan in the Global Trans-Imperial Culture, 1868–1912, was defended at Linnaeus University (Växjö, Sweden) in 2018 and has recently been made available open-access online.[1] It discusses questions that have only become more relevant in the midst of the rapid expansion of transimperial history in the past several years.

Initially, I planned to conduct a study of popular attitudes towards Meiji-era (1868–1912) imperialism in Japan inspired by John M. MacKenzie’s classic Propaganda and Empire and Louise Young’s Japan’s Total Empire, which treats the 1930s and 1940s.[2] Three discoveries caused me to change track and make my study about transimperial history instead. First, in reading liberal MP Takekoshi Yosaburō’s 1905 propagandistic work on Japanese colonialism in Taiwan, I realized that his point of reference was the same European conversation that is described in Raymond Betts’ Assimilation and Association in French Colonial Theory.[3] In other words, Japanese colonial policymakers were participating in a contemporaneous transimperial debate, rather than conceptualizing colonialism based on history or more local points of reference. Secondly, two transimperial studies that came out in 2015, Volker Barth and Roland Cvetkovski’s Imperial Co-operation and Transfer, 1870–1930 and especially Simon J. Potter and Jonathan Saha’s “Global History, Imperial History and Connected Histories of Empire,” served as an inspiration and provided an analytic language with which to approach my topic.[4] Finally, I was inspired by a powerful formulation I found in a book review by Christopher Hill, arguing against the common conception of the Japanese Empire as merely “mimetic” or a “latecomer”:

“Late,” when measured from 1492, it was nonetheless a coeval participant in the early twentieth-century reorganization of the world […..] “Western” colonial discourse did not exist in finished form, to be appropriated by the Japanese follower. Appropriation imposes a synchronic structure on a diachronic phenomenon: a geographically extensive, tangled history, involving several empires, of which the literature of Japanese imperialism was a part.[5]

I decided to use my dissertation to try to prove this claim. Like many historians of Japan, I was eager to show that Japan was more of a central player in world history than has generally been acknowledged.

I combined two approaches in my quest to demonstrate that the Japanese Empire was not just a footnote in modern colonial history but a concurrent player in what I argue should be described as a “global trans-imperial culture.” First, I investigated different channels and fora through which colonial knowledge was transferred and circulated between different modern colonial powers. These included people, notably the hired foreigners or oyatoi gaikokujin that distinguished the early years of Meiji Japan, publications, and international expositions. Secondly, I focused on the case of a specific type of colonial knowledge: theories of how best to deal with colonized subjects. These included assimilation and a competing model known as the association of the colonizer and colonized, which was similar to what the British called “indirect rule” and also overlapped with the increasingly popular concept of the “protectorate”. Although different colonial empires are typically viewed as having a kind of “national culture” of colonialism, with the French and Japanese presented as assimilationist and the British and Dutch as proponents of indirect rule or association, Raymond Betts demonstrated decades ago that French attitudes towards assimilation in fact varied greatly over time. After an initial enthusiasm for assimilation, in the decades after the Franco-Prussian War, French colonial theorists increasingly became critical towards assimilation and embraced a British- and Dutch-inspired policy of association. This coincided and was reinforced by a move towards a harsher scientific racism that argued that rapid assimilation of “inferior” peoples was not a realistic goal. In discovering that these same debates took place in Japan at the same time, in conversation with these French associationist theorists, as well as with hired legal advisors from various Western countries, I could provide an empirical illustration of Hill’s claim that Japan was a “coeval participant” in modern colonial knowledge-production and debates. This demonstrates that Japan’s oft-named “lateness” to the colonial stage is largely irrelevant; it stepped onto a moving train in the early 1870s and from that point on was involved in the various shifts and evolving conversations about colonial policy that preoccupied even older European colonial powers.

The dissertation is divided into three sections. The first focuses on late-nineteenth-century Hokkaido as an example of settler colonialism. Three chapters focus on American academics from Massachusetts Agricultural College (the present-day University of Massachusetts, Amherst) who were hired to build a copy of their land-grant college in Hokkaido: Sapporo Agricultural College (present-day Hokkaido University). These chapters argue that these Americans played an important role in transferring different forms of settler colonial knowledge to Japan. A fourth chapter covers their star student, Satō Shōsuke, who wrote his dissertation at Johns Hopkins University on the Homestead Acts and other American land legislation and later became an important colonial theorist in Japan. The second section focuses on Taiwan and legal debates over whether it should be considered a “colony” or an extension of the Japanese metropole that were framed in terms of assimilation and association. Chapter 5 discusses the advice offered to Japanese leaders by a French, a British and an American legal advisor in the mid-1890s, shortly after the annexation of Taiwan. It argues that instead of reflecting different “national cultures” of colonialism, all three advisors proposed some form of association, in line with the most popular globally-circulating theories of the time. The following chapter traces a similar debate that took place ten years later centering on Takekoshi Yosaburō. I reveal that his 1905 book, translated into English in 1907, was part of a body of Japanese propaganda that portrayed Taiwan as a “colonial miracle” and inspired American leaders looking for models for their rule in the newly-acquired Philippines. The final section contains chapters on two important international expositions, the 1910 Japan-British Exhibition in London and the 1912 Colonization Exposition in Tokyo, comparing how Japanese colonialism was presented at home and abroad. I conclude that although Japan was arguably more influenced by Western colonial knowledge than vice versa, it was nevertheless an active participant in the global discussions about important topics like legal policy towards colonized peoples and deserves greater attention in mainstream colonial history. 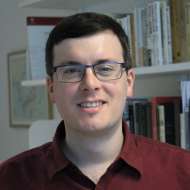 John Hennessey is a historian based at the Department for the History of Ideas and Sciences, Lund University. His dissertation, "Rule by Association: Japan in the Global Trans-Imperial Culture, 1868-1912" (Linnaeus University, 2018) examines the transimperial exchange of ideas about the assimilation of colonized peoples between the Japanese Empire and various Western empires. His current project examines globally-circulating racial discourses about the Ainu people and their political ramifications.