From the mid-1890s, a new epidemic of sleeping sickness ravaged the northwestern part of Angola, a colony that had in part been under Portuguese rule since the sixteenth century. Claiming many thousands, probably even tens of thousands, of victims among the African population in the next few decades, the epidemic triggered mounting anxieties of depopulation among colonial officials in Angola. These depopulation fears were not self-evident; they were contingent upon the redefinition of the role of the ‘native’ population in European colonialism in Africa in the late nineteenth and early twentieth centuries, and on the increased importance of Angola within the Portuguese imperial framework. A growing and healthy ‘native’ population was now seen as indispensable for the economic exploitation of the colony, the success of Portugal’s ‘civilizing mission’ and hence the international legitimacy of Portuguese colonialism in Africa. With all this at risk, anti-sleeping sickness and other interventions aimed at monitoring, safeguarding and increasing the ‘quantity and quality’ of Angola’s ‘native’ population in the twentieth century became a demographic and economic necessity, an international imperative and a scientific opportunity.

Focusing on the period from 1890 to 1945, and with an epilogue going until 1975, Population Politics in the Tropics examines the emergence, persistence and eventual decline of depopulation fears in Angola, and how these were entangled with multiple policies of knowing, preserving, increasing and physically improving the African population, at the time pejoratively called ‘native’ or indígena.[1] Using Foucault’s ideas about the ‘biopolitics of the population’, my book thinks together various discourses and policies concerning the three basic demographic movements of any population: mortality, natality and migration. It thus connects various fields of study that historians of colonialism (in Africa) rarely analyse together, notably demography, health, reproduction, migration and border policies. While the book’s empirical focus is on Angola and the Portuguese empire, both seriously under-researched, it adopts a consistently comparative and transimperial approach that allows to show how population discourses and policies ran parallel (or not), and were copied and adapted (or not) within and between empires.

In essence, my book makes four historiographical interventions. They not only concern the history of Angola, but also of European colonialism in Africa more broadly.

First of all, Population Politics in the Tropics challenges some of the main narratives in newer imperial and global population histories that have mostly focused on anxieties of overpopulation.[2] It shows that, after its emergence in the late nineteenth century, the idea of declining and degenerating ‘native’ populations remained dominant and influential, not only in Angola, but also in many other African colonies, until the 1940s at least. I argue that the depopulation discourse was constantly reiterated by new alarming reports that gradually shifted focus from epidemic mortality to endemic diseases, low birth and high infant mortality rates, and cross-border migration to neighbouring colonies. I also argue that depopulation fears in Angola, as in much of Central Africa, were not replaced after 1945 by a new overpopulation discourse that was becoming dominant in much of the so-called ‘Third World’.

Sources and Tensions of Demographic Knowledge

Secondly, my book analyses the pivotal yet ambivalent role of demographic knowledge in depopulation discourses and policies. It does not aim to reconstruct Angola’s population size and composition, as historical demographers would try to do, but takes a very constructivist approach. On the one hand, I show that the demographic data (that historians of colonial Africa should engage more with) were not limited to the ‘scientific’ colony-wide censuses of the late colonial period, of which Angola’s 1940 census was one of the first in colonial Africa. They also included tax-based population surveys from the Native Affairs department, administrative enumerations, labour surveys, population registers produced by the health services and (small-scale) interviews with women about their reproductive life. On the other, my book moves the analysis beyond the (local) production of demographic data, as it pays particular attention to how demographic techniques circulated and were adapted in and between empires, and to how and why the often scanty data were (over)interpreted and used by a variety of actors. By doing this, they greatly influenced the (de)population discourse.

Thirdly, I explore how a whole series of policies were conceived, promoted, implemented, but also adapted, accommodated and/or contested to stem the demographic tide by a wide array of colonial actors, both Portuguese, African and others such as Goans and French or British missionaries. Of great importance were medical policies to curb mortality and increase natality, such as anti-sleeping sickness research and campaigns, a new programme of African healthcare in the 1920s that aimed to tackle endemic diseases and improve rural health more broadly, and maternal and infant welfare schemes. However, my book also moves the analysis beyond medical policies common in population histories. It shows how the Portuguese colonial state struggled to reduce out-migration by prohibiting most forms of transimperial labour migration and providing incentives for border populations to stay, such as tax reductions, better infrastructure and mission posts in border regions. I argue that these population policies sat at the core of Portuguese and European colonialism in Africa in the first half of the twentieth century, but were neither monolithic nor all-encompassing. While colonial states were usually too underfinanced and understaffed to fulfil their transformative goals, implementation of policies was hampered or sidetracked by African attitudes and actions as well as internal conflicts in the colonial administration. Moreover, competing rationales of short-term economic gains and/or the desire for comprehensive political and military control explain why colonial rule was never about population improvement alone, but continued to be marked also by exploitation, oppression, and sometimes indifference.

Finally, the book adopts a comparative and transimperial approach that reveals the manifold, often unexpected and/or hidden exchanges, connections and parallel developments in population discourses and policies between Angola/Portugal and other colonies/empires. Therefore, I have explored both secondary literature and primary sources for different empires and colonies, including multilingual research in over a dozen European and African archives. This approach serves to write the often ‘forgotten’ Portuguese Empire more firmly into the history of European colonialism, to debase reductionist views of Portuguese colonial exceptionalism still common in historiography, but also to rethink transfer and non-transfer, collaboration and competition between empires. My book shows that Angola was strongly connected with French and Belgian colonies in Central and, to a lesser extent, West Africa. However, transimperial exchanges of ideas and practices were not ‘natural’ or some kind of ‘free’ flows. They hinged on changing personal networks, political climates and economic possibilities, as well as on what I have called ‘imperial hierarchies of prestige’. Indeed, the way colonial nations perceived their own position and that of their rivals on the hierarchical ladder of imperial prestige conditioned whom they wanted to learn from and how overt such transimperial borrowings were flagged. Moreover, upsurges of nationalist pride often hampered the overt adoption of ‘foreign’ practices. 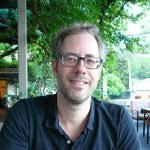 Samuël Coghe is Postdoctoral Research Fellow (DFG) at the Global History Department of Freie Universität Berlin. He received his PhD in History from the European University Institute in Florence (2014) and has been Postdoc at the MPI for the History of Science and the University of Giessen. In 2018-19 he worked as Interim Chair of African History at the Humboldt University in Berlin. After having specialized in the history of Portuguese colonialism in Africa, with a focus on the history of colonial medicine, demography, and anthropology, his current research project deals with the history of livestock production, capitalism and veterinary knowledge in the French colonial empire (1890-1960). Transimperial and global perspectives are key to all his writings. Webpage: https://bit.ly/39B6hMJ.