In the decades prior to the First World War, as the imperialist powers sought to increase their influence around the world, both Great Britain and Germany frequently employed military force to uphold colonial rule or to expand the territory or influence of their empires. In the colonizing states, newspapers often covered these military actions at length and the imperialist ambitions of the governments in London and Berlin could cause controversies that at times were at the centre of the political debates in both countries. To explore how the press covered the numerous colonial wars and imperialist interventions at this time and to analyse how military expansion into the non-European regions of the world influenced domestic politics in Great Britain and Germany, my book investigates ten case studies. Besides, three main chapters systematically address central questions of the study.

Pursuing a media history approach, my book analyses how the structure of global communication shaped the coverage of colonial wars and imperialist interventions, thereby also investigating which sources of information were available to the newspapers. Furthermore, it asks which events and developments were perceived as newsworthy by the media. Such an approach can also help to better understand how the press reacted to news about massacres and atrocities committed by the colonizers. For example, covering the German War in Southwest Africa (1904–07), the press published numerous letters from soldiers describing the warfare of the German troops; hence, the basic facts of the genocidal dimension of this war were known early on. However, public consternation was very limited. Most German newspapers were worried about the setbacks of the German campaign and demanded a clear defeat of the enemy. Therefore, they emphasized the need not to show any sign of weakness and argued against any strategy that involved negotiations with the adversary. By framing the conflict in this way, reports about German atrocities were either ignored or the German troops were exculpated by referring to alleged acts of savagery committed by the other side. Moreover, press coverage of the war in Southwest Africa was limited. Even the Vorwärts, a socialist paper that strongly condemned the war and the brutality of the German military, paid much more attention to the Russo-Japanese War, a war that at the time overshadowed all other media events.

To analyse the interplay between imperial expansion and political developments in Germany and Great Britain, my book examines how public support for colonial wars changed from the mid-1890s to 1911. In the second half of the 1890s, politicians like the British Colonial Secretary Joseph Chamberlain and the German Foreign Secretary Bernhard von Bülow actively pursued a more aggressive imperialist policy, not least with the aim to increase their popularity and the prestige of their governments. In the beginning, this strategy was not without successes. Military actions like the British war against the Sudan (1896–99) or the German occupation and annexation of the Jiaozhou (‘Kiautschou’) Bay (1897–98) were popular media topics and the press coverage of them fuelled imperialist sentiments.

However, from the turn of the century onwards, news about colonial wars more often than not was about the difficulties German or British troops faced when engaged in protracted warfare in Africa while imperialist interventions like the joint British-German military action against Venezuela (1902–03) or Germany’s intervention in Morocco (1911) were perceived as diplomatic failures. Consequently, press enthusiasm for imperialist activities declined. And those nationalist German Papers that still promoted an imperialist agenda were disappointed by the results of their government’s policy. Ultimately, attempts by the governments in London and Berlin to increase their prestige by pursuing a more aggressive policy in the non-European regions of the world failed. Furthermore, as even newspapers that supported the imperialist project now depicted colonial wars as burdensome and difficult endeavours, my book demonstrates that the press coverage of colonial warfare hardly contributed to the militaristic fervour at the outbreak of the First World War.[1]

Of interest with regard to questions now prominently discussed in the field of transimperial history might be my observations on the representation of the self and the other as well as the depictions of cooperation between imperial powers. In many ways, studying the press coverage of imperial expansion allows us to explore to which degree contemporaries perceived colonialism as a transimperial project and to which degree national rivalries dominated the depiction of imperialist military actions.

In general, the distinction between the European and the non-European played a crucial role in the press coverage of the imperial expansion. After the outbreak of colonial wars, newspapers often reported about endangered ‘Europeans’, threatened by a ‘barbaric’ enemy. And the spread of ‘civilization’ was frequently a declared goal of the imperialist wars in the non-European World. Thus, when imperialist papers justified colonial violence in the name of ‘Europe’ or the ‘civilized world’, they not only referred to the interests of their own state, but also to colonialism as a transimperial project. This way, representations of the imperial expansion shaped the European self-image.

However, explicit claims to fight a war in the name of ‘Europe’ usually went along with accusations against other imperialist powers to act in contradiction to the spirit of colonial loyalty. For example, the British newspapers that supported the military campaign against Sudan in March 1896 on the one hand argued that this war was in the interest of Europe and an active act of support for Italy, which had recently suffered a devastating defeat in its war against Ethiopia. On the other hand, they criticized Russia and France for voting against financing the campaign in the Caisse, the international institution responsible for overseeing Egyptian spending. Similarly, the German press at times depicted the war in Southwest Africa as conflict between ‘Africa’ and ‘Europe’, claiming that the brutal oppression of resistance against German rule also ensured Europe’s position in Africa in general. Yet, such claims usually served the purpose of calling on the British Empire to end the practice of granting asylum to the enemies of German rule who sought refuge in the neighbouring Cape Colony. Even during the Boxer War, when six European countries, the United States, and Japan jointly fought against China and appeals to European solidarity were at their peak, newspapers frequently reported about tensions and rivalries among the imperialist allies.

Altogether, depictions of imperial rivalries and conflicts among European countries were omnipresent in the coverage of the colonial expansion in the two decades before 1914. Especially the mutual perception of Britain and Germany was shaped by growing mistrust and hostility from the turn of the century onwards. Still, accusations against other nations usually were based on the idea that cooperation among imperialist powers was the norm that all members of the colonial club should adhere to. For imperialist newspapers, it was off-limits to openly side with an enemy of Europe’s colonial hegemony. Consequently, the Times rejected the allegations of lack of cooperation made by German newspapers with respect to the war in Southwest Africa and emphasised the British commitment to the solidarity of all ‘white races’ in Africa. Overall, an underlying transimperial consensus framed the coverage of the imperial expansion. 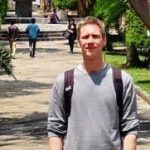 Christian Methfessel is a postdoctoral researcher at the Leibniz Institute for Contemporary History. His PhD thesis dealt with the press coverage of colonial wars and imperialist interventions in England and Germany. In this context, he also explored depictions of cooperation among imperial powers and the representations of Europe that went along with them. In his Postdoc project, funded by the Fritz Thyssen Foundation from 2018 to 2021, he investigates annexations and secessions during the Cold War, arguing that African and Asian countries played a decisive role in upholding the territorial integrity norm and in shaping its ever-disputed interpretations. Furthermore, he recently started a project examining European reactions to the Yugoslav Wars of the early 1990s.