My book advances fresh insights to the study of German and United States colonial histories by turning attention to their transimperial and global dimensions.[1] More specifically, it approaches the German and United States colonial empires as entangled histories, abounding with exchanges. First, when envisioning this anthology, I wanted to counter the view that Germany and the United States represent an authoritarian vs. a liberal path into modernity. Such dichotomies feel outdated and erroneous as there exists many more similarities and shared trajectories than people often think. Second, I wanted to situate German-US colonial histories as part of far-reaching, multidirectional, and multilayered transimperial networks and circulations. Germany and the US did not operate in isolation or merely in relation to each other, but in a transimperial setting that involved numerous actors, a broad repertoire of exchanges, and countless forms of influencing and borrowing. Third, I wanted for my own little part to contribute to the burgeoning research being pursued on the roots and genealogies of today’s globalization, demonstrating how an intense era of global integration and connectedness in the nineteenth and early twentieth centuries operated under conditions of colonialism. In our age of political polarization and climate crisis, we need histories that question national exceptionalisms and look beyond national borders. I personally want to write histories that avoid sharp divisions between “internal” and “external,” but instead blur their distinctiveness and transcend artificial boundaries.

But why center the United States and German colonial empires? For one, they were both preoccupied with violence and vast settler colonial ambitions. American continental conquest worked as an inspiration in German domestic debates relating to settler expansion and as a model for concrete colonial policies in the German-Polish borderlands and overseas. While the United States had its “empire for liberty” and Manifest Destiny, a belief in a divine right to spread its civilization across the North American continent, Germans talked about the Drang nach Osten, “drive to the East,” and of Lebensraum, a term coined by German geographer Friedrich Ratzel, who toured and drew inspiration from the American West. While Germans looked to the American Indian Wars when making comparisons of their own experiences in Africa, both empires were fascinated by Indigenous peoples depicted in novels, magazines, and plays. Both shared a fragile and splintered national identity and equaled proper whiteness with “civilization” and “respectability.” Race and ethnicity, including fractured whiteness, raised troubling questions related to boundaries between “us” and “them.” Moreover, both empires spoke for conventional war, but when confronted with irregular combat in colonial settings they hired local enlistees of color and/or turned to total war and extermination.

All these themes and more are examined, in one way or another, in this book made up of twelve essays organized into three sections: portabilities, passages, and parallels. In addition, there are two afterwords written by Andrew Zimmerman and Sebastian Conrad. In “portabilities,” Gregor Thum, Robert L. Nelson, Tracey Reimann-Dawe, and George Steinmetz investigate the transferability of colonial ideas and policies through the actions and thinking of individual scholars and explorers. Friedrich List, Max Sering, and Gerhard Rohlfs looked to the US western frontier, its vast spaces, settlements, and railroads, when thinking of German settlement frontiers and spatial expansions in Eastern Europe and Africa, while Raymond Aron drew inspiration from the interplay of German, French, and US empires. “Passages” turns the focus on colonial debates and visions in Germany, labor regimes in the Prussian East and German Southwest Africa, agricultural colonization in German Southwest Africa, and middle-class cultures of German travelers in the Pacific Northwest as Jens-Uwe Guettel, Dörte Lerp, Jeannette Eileen Jones, and Eriks Bredovskis track the techniques of transimperial circulations and borrowing. “Parallels” in turn looks at patterns and analogies of divergent yet interrelated colonial racialization and gendering. Volker M. Langbehn, A. Dana Weber, Michelle R. Moyd and Janne Lahti, and Edward B. Westermann explore the US-German entanglements through satirical cartoons, Karl May festivals, employment of indigenous labor in US and German colonial armies, and military rhetoric of annihilation in the American Indian Wars and in the Nazi East.

While these essays cover a broad range of topics, their focus is more often on mapping how the US impacted Germans than the other way around. As a model settler colonial regime and as dynamic and powerful competitor, US actions shaped German mindsets and policies from the corridors of higher political power to the ranks and file of public and private organizations, while also funneling to the fictive realm of literature and mass entertainment. When conceiving this volume, I felt there existed a need to elaborate on the close relationship between the two empires and that no scholarly work had properly started to excavate on the scope and nature, multiplicity and intensity of these connections. What I had in mind was a book that stressed human interactions, the experiences of different actors or groups of people in a transimperial setting. This way we could show how varied the connections were and how they touched a variety of peoples in different walks of life. I also felt there should be room for comparative analysis, to the study of shared mindsets and phenomena in similar colonial settings. While diverse and multilayered, I argue that the German-US exchanges were not exceptional but emblematic of an intertwined, highly competitive, and increasingly integrated world of empires where transimperial interactions were the norm. I feel we have only started scratching the surface of this transimperial borrowing, emulation, competition and cooperation. There still exists plenty of potential for further research on German-US colonial entanglements. 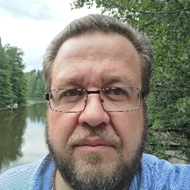 Dr. Janne Lahti (PhD in 2009) is a historian who works at the University of Helsinki, Finland, as an Academy of Finland Research Fellow. He has also taught at the University of Arizona and recently at Free University Berlin. He has been awarded the Fulbright Fellowship, Huntington Library’s Mayers Fellowship, and the ARC Centre of Excellence for the History of Emotions Distinguished Visiting Fellowship in Perth, Australia. His research focuses on global and transnational histories of settler colonialism, borderlands, the American West, and Nordic colonialism. He has published numerous articles and edited volumes, most recently editing a special issue, with Rinna Kullaa, on “Finland and Colonialism” for Historiallinen Aikakauskirja. He has also published six books, including German and United States Colonialism in a Connected World: Entangled Empires (Palgrave, 2021), Cinematic Settlers: The Settler Colonial World in Film, with Rebecca Weaver-Hightower (Routledge, 2020), The American West and the World: Transnational and Comparative Perspectives (Routledge, 2019) and Wars for Empire: Apaches, the United States, and the Southwest Borderlands (University of Oklahoma Press, 2017).