In 1893, a group of colonial experts from thirteen countries abandoned their imperial rivalry and established the International Colonial Institute (ICI). Active until 1982, the ICI became the world’s most important colonial think tank of the twentieth century. Between 1893 and 1982, more than 700 self-styled colonial reformers joined the ICI, among them authoritative colonial experts such as Frederick Lugard, Hubert Lyautey, Dirk Fock, Albert Thys, and Bernhard Dernburg. My book unveils the ICI’s practice of transimperial cooperation over almost 100 years. By analyzing the effects of transimperial interaction in Africa and Asia, I suggest to empirically ground the claims of anticolonial and postcolonial theory that colonialism was a joint (Neo-)European project and existed well beyond the official end of empires.

By means of comparison and knowledge transfers, ICI members spread colonial theory and practice across the imperial world. Through transimperial cooperation, they established colonial science at universities, pushed governments and entrepreneurs to invest in colonial projects, and published innumerable comparative studies to promote colonial engineering. The ICI’s transimperial practice was neither merely diplomatic nor exclusively scientific. Using the experience of its members, the ICI produced micro-techniques for colonial domination, and applied them in fields as different as agriculture, irrigation systems, railway construction, recruitment of workers, tropical hygiene, anthropology, as well as customary and Islamic law. Pooling colonial competences, the ICI laid the groundwork for the structural and discursive dependence of the Global South. In this book spotlight, I show how preservationist theory and micro-techniques of corporative and cooperative development enabled ICI members to implement forced labor, establish authoritarian rule, and avoid a costly welfare state.[1]

Two Sides of the Same Coin: Transimperiality and Governmentality

My book is the first monograph to explore the ICI’s dedication to transimperial cooperation.[2] It is not the history of an institution, but shows how ICI members reshaped everyday life in the colonies by designing colonial rule as a transimperial and governmental practice. Transimperialism and (Foucault’s) governmentality were indeed two sides of the same coin. Members of the ICI belittled the importance of the European (nation-)state and its direct administration for colonial rule. They partly succeeded in replacing the state with a collaborative model of „functional governance“ by international colonial experts, whom they considered to be the most independent, competent and allegedly neutral engineers of colonial societies. The concept of functional governance found its way into the League of Nations through ICI members in the 1920s, influenced fascist transimperial projects in the 1940s, and resurfaced prominently in the UN’s development agencies in the 1950s, with whom the ICI cooperated closely. To do so, the ICI renamed itself Institute of Differing Civilizations in 1949, and accepted members from the Global South. While partly agreeing to end official colonial government, my book reveals how ICI members continued and perpetuated colonial governmentality in the Global South.

The Legend of Reformable Colonialism

The continuity of transimperial and international governmentality between the 1890s and the 1960s inspired the main argument of my book: The ICI’s history disproves the narrative of the progressive transformation and betterment of colonialism from an early violent, exploitative, and genocidal version to a later ‚benevolent colonialism‘ open to reform, governmental participation, international cooperation, and social and economic development. I argue that the alleged shift from an empire of repression to an empire of opportunities is a deeply colonialist narrative that served to legitimize ongoing structural violence and inequality. ICI members indeed used internationalism and governmentality to portray colonialism as progressive and reformable. However, colonialism was never reformable, as Aimé Césaire warned when he said that it needed a revolution to abandon it: „la décolonisation vraie sera révolutionnaire ou ne sera pas.“

In my book, I try to challenge the idea that internationalist progressivism and indirect governmentality made colonial rule better. Across several chapters, for example, I analyze the ICI’s governmental use of indigenous corporative and cooperative institutions to bring about economic development while avoiding political freedom and participation. In accordance with its governmentality program, ICI members recommended using traditional indigenous craft guilds and agricultural cooperatives to carefully introduce a capitalist economy without granting the “freedoms” that capitalism supposedly entailed in many colonizing countries. The ICI’s comparative studies revealed that corporative and cooperative structures existed in most colonies. North Africa had a long tradition of Islamic craft guilds, East African coffee planters and West African groundnut growers were organized in a cooperative way, in India and Indonesia there were both rural and urban cooperatives, while Asian and African traditions converged in Madagascar. In addition, colonial administrations had already superposed their own cooperative structures on the indigenous ones, such as the numerous Provident Societies in French Africa.

In theory, craft guilds and rural cooperatives were self-organized cells of economic production, based on mutuality and self-help. Cooperatives purchased primary materials and tools for the joint production and marketing, serving also as credit associations. Yet, ICI members added that cooperatives were much more than a grassroots initiative to develop the colonies: they allegedly provided a “soft“ way to “educate” and “civilize” their inhabitants, while preserving their “natural” character. Both in India and in West Africa, colonial experts believed, for example, that corporative and cooperative institutions might teach the populations “providence“ to constitute seed storages against famine and save up money for difficult times.

Arguing along racist and preservationist lines, ICI members wanted cooperatives and corporations to preserve the “natural“ tribal environment of indigenous peoples. In so doing, they hoped to avoid shocks caused by the advancing capitalist economy. Consequently, they argued, detribalization, alienation, and proletarization could be avoided, together with the penetration of communism and anti-colonialist unrest. Given their conservative nature, corporations and cooperatives even seemed to be a manageable organ of political representation in the colonies. Hierarchically organized, craft guilds were easy to control and their leaders replaced if necessary. In addition to controlling political representation, the practice of mutuality and self-help made them equivalent to a welfare state at a low cost. At least in the romantic vision of ICI experts, craft guilds and agricultural associations took care of their elder and sick members.

Reality was quite different. Colonial administrations turned corporations and cooperatives into a tool to perpetuate enforced labor, wage dumping, collective punishment, additional taxation, and expropriation of land. Tellingly, ICI members renewed their efforts to implement a transcolonial corporative and cooperative movement in 1930, shortly after the International Labor Organization had issued a ban on forced labor in the colonies. Arguing that corporations and cooperatives required collective and public works, colonial administrations could enforce compulsory work on the colonized. This strategy became even more important after 1938, when ICI members closed ranks with fascist colonial experts who promoted and partly realized a corporatist state that extended from Europe to Africa. Meeting in 1938 on Mussolini’s initiative in Rome, liberal ICI members and representatives from fascist Italy, Vichy France, and Nazi Germany designed a new corporatist „Eurafrica“. They declared Africa a complementary space that supplied the European economy with crops and reorganized Eurafrica along corporatist lines.[3]

In my book, I point out that both the corporatist Eurafrica and the grassroots corporative/cooperative schemes had an afterlife in the post-fascist world. In its foundational treaty of 1955, the European Economic Community associated African colonies to the European Economic Area. Without giving Africans equal political rights, the EEC designed a corporate federation that enabled Europe to access African resources without granting basic freedoms to its inhabitants. At the same time, the ICI’s experts and schemes made their way into development agencies and international organizations, who continued to regard cooperatives as a crucial tool for educating Africans about collective work. The persistence of hyper-paternalistic corporative and cooperative schemes in the agenda of ILO, FAO and UN institutions of the 1950s and 1960s is only one example my book uses to illustrate the continuity of the ICI’s transimperial governmentality in the 20th century. 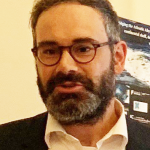 Florian Wagner holds a PhD from the European University Institute in Florence and is assistant professor at the University of Erfurt. He specializes in colonial history, history of migration, and environmental history, looking mainly at interconnections between Europe, Asia, and Africa. His book on "Colonial Internationalism and the Governmentality of Empire, 1893-1982" is forthcoming with Cambridge University Press in 2021. It shows how self-styled colonial experts who established the International Colonial Institute in 1893 reshaped the world's colonial policies in fields as different as colonial law and labor recruitment, the training of colonial administrators, tropical agriculture and medicine, indigenous representation in local councils and international organizations, as well as sustained development based on mutual aid and micro credits. His book project is on the history of repatriations in a global perspective and examines the various attempts of European governments, NGOs, and international organizations to make migration undone. I use a critical approach to the concept of repatriation by situating it in a historical context that extends roughly from the 1960s to the 1990s. A fellowship granted by the German Historical Institue at UC Berkeley gave me the opportunity to explore various processes of repatriation that allows a comparative view on remigrations in the world.
Website: https://www.uni-erfurt.de/philosophische-fakultaet/seminare-professuren/historisches-seminar/professuren/neuere-und-zeitgeschichte-und-geschichtsdidaktik/profil-und-team/wissenschaftliche-mitarbeiterinnen/dr-florian-wagner-phd