European imperial expansion was, in many regards, strongly connected to the concept of modernity. In my book, I deal with Asian contributions to European debates around the concept of modernity and decadence, thereby exploring interactions between Indians, Chinese, Japanese on the one side, and Europeans in turn-of-the-century England and Germany, on the other.

The question of modernity had a special relevance for anti-imperial networks, as colonialism was often legitimized as a modernisation project, be it in the form of the civilising mission or other concepts which legitimized Western superiority. Thus, anti-colonial activists and intellectuals sought to challenge European concepts of modernity and the global hierarchies that went along with them. If you could bring into question the modernity of European colonial rule, or even the modernity of European cultures themselves, non-European cultures had to be recognized both as equal and capable of self-rule, if not independence.

This connection, often in the background of everyday conversations, sometimes the topic of heated debates, shaped the academic debate over colonialism in the twentieth century, particularly in the field of sociology and, later on, in modernisation and dependency theories. For example, my chapter on the history of sociology examines intellectuals mostly unknown to a broader public. Some of the better knowns were protagonists like Shyamji Krishnavarma, who not only financed the journal “The Indian Sociologist”, but also made it a publishing space for anti-imperialist opinions.[1] These academics saw it as their role not only to explain the “true” social and economic conditions in their native country or to further its development by the transfer of knowledge, but also to shape their disciplines after a truly modern, universal concept.

While not in the focus of my research, some observations of my study might be relevant for further elaboration when looking into the creation of anti-imperial networks. Current research usually focusses on the inter-war period to explain the emergence of these networks as well as the sense of belonging and solidarity that made cooperation between colonized people possible. However, the roots of these developments can often be traced back to the 19th century.

First of all, European cities became meeting places for the most unusual and unexpected couplings of foreigners – and this already before 1900. An increasing number of undergraduate and doctoral students, diplomats, artists and traders travelled to Europe, to gain further knowledge in their respective disciplines that would further both their domestic career and their international academic and political standing.

Second, the experiences of these stays in Europe contributed in many ways to the creation of identities that played a crucial role in the history of anti-imperialism and decolonization, as many of these early and middle explorers of Western societies and culture became the leading voices of reform, even independence, back home. Foreigners from various non-European backgrounds were often grouped together by the Europeans or “labelled” as another ethnicity – for many a new experience of being “othered.” Japanese were mistaken for Chinese and both were summarised under the rubric “Asian,” a label that they themselves then transformed into a politically powerful imagination of Pan-Asianism.

Third, the Asian actors discussed in my book took part in the social life of European academic circles and actively participated in their debates. The experience of being perceived as equals was often unfamiliar to them, considering the normal interactions between Europeans and Asians in colonial societies. This is most obvious for those Indians who came to Germany, where they were treated very differently than in the United Kingdom. An obvious example here would be everyday academic student life: While social life was highly segregated in English colleges, in Germany people like José Rizal had even pleasant conversations with fraternity brothers while having a beer or two. Additionally, many Japanese thought that in Germany more than in other countries their work and research was recognised and valued.

But for some, the experience could also be quite the opposite, which brings us to the fourth point: racism. A substantial number of the incoming academics experienced racism for the first time in Europe; especially when they came from more or less homogenous societies, which regarded themselves as superior, such as in China or Japan. The rise of racism in the late 19th century is also relevant to the debates analysed in my book. When non-Europeans demonstrated that they, their knowledge and their culture were not inferior, then European rule over the world had to be legitimised in a new way. Racism offered this opportunity, as it transferred the standard of value from meritocratic elements to inherited ones. This rise of racism can also be seen as a reaction to the fuzzy concepts of the modern and modernity, because one underlying question always remained: What exactly is modern in European culture? When European culture could be conceived as decadent, it offered no hope for the future. And when other cultures were equally – or in some aspects even “more” – modern, regarding, for example, the role of women in society or the question of hygiene, the idea of Western superiority, and by it the political unbalance of Imperialism, was deeply threatened. 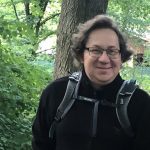 Dr. Andreas Weiß is a faculty member and researcher at the Helmut Schmidt University/Universität der Bundeswehr Hamburg. Studying Modern and Contemporary History, Sociology and Southeast Asian Studies at the Humboldt-University of Berlin and the Universidad de Cantrabia, Santander, his dissertation dealt with (trans-imperial) debates on modernity and decadence between Asians and Europeans in turn-of-the-century Great Britain and Germany, published in 2016. He is currently working on the cooperation between the European Communities and ASEAN during the Cold War. His latest publication regarding transimperial cooperation is the editorship of a thematic issue on “World Knowledge and Non-European Space: Nineteenth-Century Textbooks and Children's Books”.